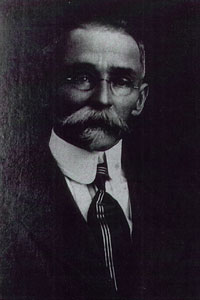 We don't know much about Santiago Marrero Dávila, Borinquen's father.

He was originally married to Josefa Hernandez Rivera. It is not clear that they were married in a traditional way, since "Contrato Consensual" (Consensual Contract or Common-Law Marriage) was relatively common in Puerto Rico in the 19th century.

Josefa died sometime in the mid-to-late 1890's. Although the date is given as 1899 in one official document, that is suspect - since Santiago had already starting living with Gregoria Cristian and had a son with her in 1897 (Santiago or Chago / "James"). His youngest son Borinquen Alfredo was also born in 1898.

Oral history is that Josefa died in a Hurricane. The San Ciriaco hurricane hit Guayama, Puerto Rico (south part of the island) on August 7, 1899 and is credited with destroying the coffee industry there.

Santiago and Gregoria were formerly married in 1910.

Oral history says Santiago was something of a store-front preacher. He is also listed in one document as a merchant ("en profesión oficio es camerciante"). However, we don't know his actual occupation.

Borinquen was born in Naguabo (near Humacao), so the family must have been living there as late as 1898. Oral history (my father) says that as a boy Borinquen would read the newspaper to the workers on a tobacco or coffee plantation. So, it is unclear whether the family was involved in agriculture or something else, or what their economic status was. The oral history regarding Josefa's death and the story about Borinquen's early reading prowess suggest that Santiago's family may have been involved in some way with the coffee industry.

Humacao is located in what was originally the Taino region of Jumaca (Humacao history). [This is interesting because my DNA profile includes a small percentage of Taino ancestry. My grandmother Gregoria came from the Virgin Islands, so that linkage is more likely through Santiago.]

It is not clear when or why the family moved to Vieques, but in the 1910 census, Santiago is living with his family in Vieques. Zoilo (Henry) and Trifon also are living in Vieques. Henry and his wife Elicia Des-Moines are living by themselves, with a servant. (Elicia's nartural language is listed as English.) Trifon is living with his wife at his mother-in-law's house. So, although the son's were married and in their twenties, it appears everyone moved to Vieques at some point. 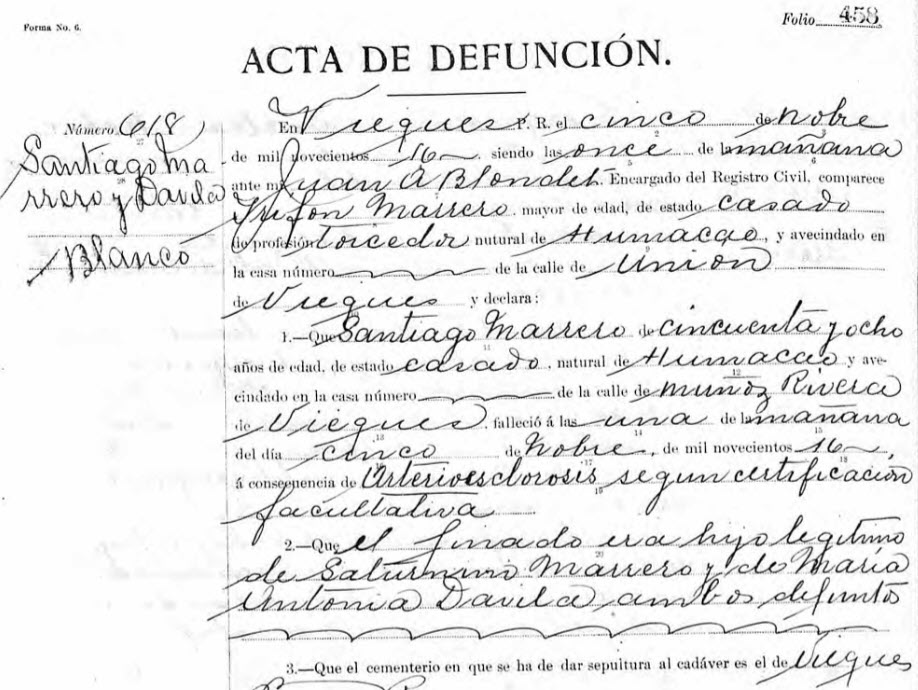